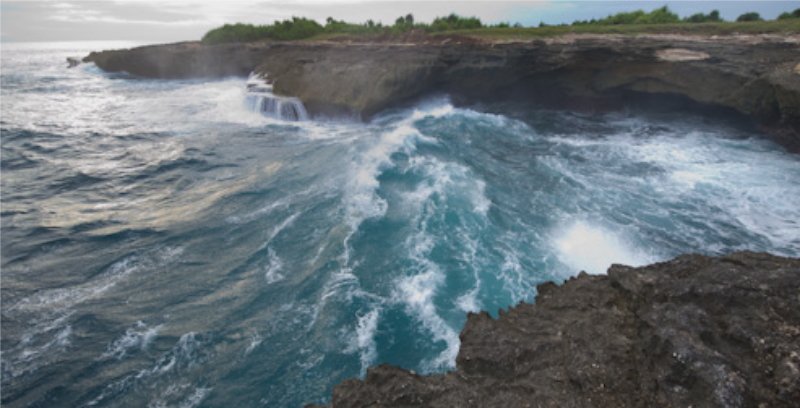 The New World Begins With You

Many people have been asking me about the Fukushima nuclear plant leak in Japan. They want to know what can be done about it, and if there is going to be a catastrophic explosion.

Masiandia has said that there is no probability of an explosion at this point in time; that is not what we as a collective are choosing to create and experience. Their messages has focused  on the greater probability of scientific discoveries and techniques that will diffuse the nuclear waste.

The earthquake and following tsunami in Japan in 2011 knocked out the plant’s cooling system, leading to meltdowns and the release of radioactive material.

There is a growing concern that the earth-damages may be irrevocable. One thing that is clear to me, based on Masiandia’s teachings, is that going into despair prevents us from merging spirit with matter – it keeps us locked in judgment and perpetuates disharmony in the world.

Conversely, being super positive isn’t the answer either, but praying is; holding all that is affected by the radiation in love, not fear or blame. We have to start by seeing the beauty in everything … see the devastation as being part of a larger picture, and free our minds from anguish and mental slavery.

This is paramount in healing the earth and ourselves, to expand our perception of reality so that everything around us can be blessed by our presence, not shunned by our horror. We need to be generous with our faith, our prayers and our love.

It’s amazing what happens when you put out a prayer to the world.
Without expectation, it finds it’s own rhythm, its own purpose.

Nature renews itself; it can’t help it!

Channelled Message:
Your Prayers Lift The Veil of Ignorance

“There is a grave failure to ensure the safety of all-natural environments in this world, by governing authorities and humankind as a whole. Leading authorities do not have dominion over the earth, nor over your own minds, but they do represent a world mindset that is prevalent within society, a way of thinking that is based on the fear of not having enough.

“Humanity is caught in survival principles that impede it from tapping into deeper reserves of energy understanding, energy-medicine and regenerative resources.

“Presently, you live in a world that takes advantage of resources, both nature’s and the soul, a world that is defined by the rational mind and not spirit.

“Leading authorities reflect humankind’s imbalanced duality that rejects the guidance of spirit to rely solely on three-dimensional form, creating a world that is depleting the earth’s resources rather than revitalize it.

“It is not only the land that is affected, or the quality of air and water, but also your own physical nature. Nature is your mind, your body and your magnetic field of energy. And what you think affects the collective consciousness of all humanity, as well as the earth-realm.

“What you believe is manifested immediately – what you envision is manifested within the time span of the collective agreement – what you pray for lifts the veil of ignorance and sets a whole new paradigm of reality in place to support your visions.

“Your vision of balanced earth begins with you. This is a time on earth when more than ever before, your prayers are needed to create a cleansing vibration, to shift the earth into a whole new dimension of reality. In this way, terrible disasters such as the destruction of the Fukushima nuclear plant can be mitigated on energy levels, levels unknown to science and technologies but known to spirit.

“Things are not as they seem, the earth’s atmospheric field, air and waterways, wildlife and humanity, are not victims of catastrophic incidences. Everything is in accordance with divine order and is part of a continuous cycle of renewal.

“You must remember that nothing is finite; you are an immortal being, as is all of nature. Yes the earth, Gaia, is also infinite, rebirthing herself in an endless cycle of expression and purpose. You support a more fluid and peaceful restoration of the earth by revitalizing your own spiritual connection through prayer.

“We want you to know that both wildlife and humans affected by natural and manmade disasters are part of a larger picture, catalyst for humanity’s awakening. And all life-forms exiting the world are pulling out at set times to create a vacuum within consciousness, an emptying of mental constructs impeding the natural flow of evolution.

“Everything is part of an intricate system of life, death and rebirth. The earth needs to be reborn, as does the human mind … it needs to be restored, as does your body.

“The world is undergoing massive internal impulses of shifting vibration, pushing out toxins that exist on the mental level, which affects the physical body of all existing life-forms, as well as the earth itself. Earth changes are imminent, as are changes to your body/mind.

“All that you have known depended on, and expected is being turned on its axis so that linear perceptions of time and space can be expanded to include a multidimensional interconnection with source energy. In that way, what appears to be irreversible damage in one reality is not in another.

“This is a slow process by your linear concept of time, but a tremendous expansion from our perception of time and space.

“A period of the invention has been initiated to bring about tremendous discoveries in source-energy and advanced technologies, to safeguard the earth from further destructive forces due to energy consumption.

“Your prayers are more powerful than you can ever imagine, as is your willingness to be opened to all life, so see the beauty in everything.

“As we have said countless times, everything in the world needs love … from the smallest particle to the largest dreams … from discomfort, disease, death and destruction to newborn life. Everything is worthy of your affection, compassion, empathy and grace.”

To stay in touch with my blog articles and
tune-in to the channelled messages, please join my mailing list

How Surrendering to the Beauty in the World Awakens your Soul

Beware of the spiritual shortcuts that can overshadow your sanctuary for healing.

Overcoming spiritual misconceptions There are many well intentioned spiritual people that unconsciously take shortcuts, such…

Manifesting What We Want